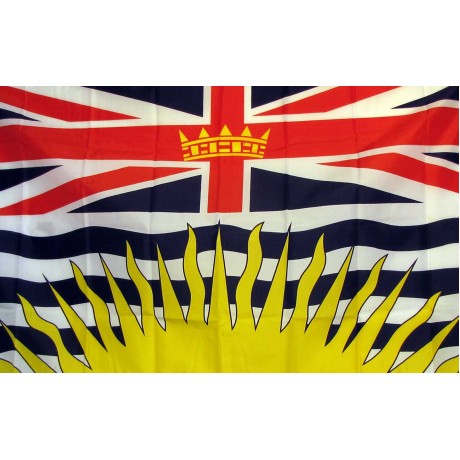 HISTORY: A new seal was established in 1896 for British Columbia, based on a design by the clergyman Arthur John Beanlands. To emphasize loyalty to Great Britain, he placed the Union Jack on a shield; the maritime nature of British Columbia was reflected in the wavy white and blue stripes in the chief (upper part of the shield). Beanlands used the stylized sun on the stripes to refer to the far west location of British Columbia. The provincial motto, “Splendor sine occasu” (“Splendour without setting” or “Splendour without diminishment”), was set below the shield. In the royal warrant of March 31, 1906, the Union Jack and the stripes were reversed: the chief (upper part) now bears the Union Jack while the blue and white stripes fill the rest of the shield. In addition the warrant added an “antique crown” at the centre of the Union Jack.

Some 60 years later, Premier William Andrew Cecil Bennett learned that the 1906 grant of arms allowed the shield to be transformed directly into a flag and that this usage was supported by heraldic law. His government thus avoided political debate about the propriety of any proposed design. An order in council established this armorial banner for British Columbia on June 20, 1960; however, the horizontal shape of the flag meant that the Union Jack of the arms stretched more than twice its normal length while the sun and stripes were similarly distorted. In keeping with heraldic tradition, no symbolism is associated with the colours of the design. 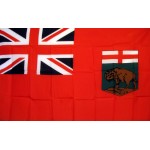 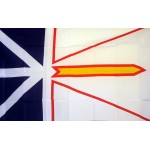 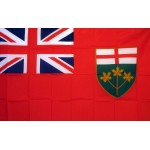 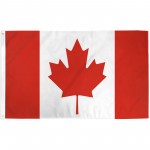 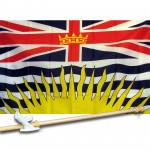